CONFER is a professional conference and wedding management company engaged in organizing national and international conferences and weddings. Since our inception in 1983, we have been associated with over 800 events in different capacities of involvement in India and abroad. 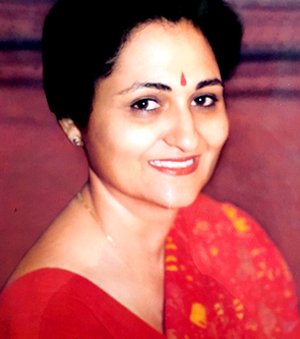 ” Having worked in different capacities in a varied number of assignments related to the organization of national and international conferences, exhibitions and seminars since 1980, I found that my forte was management, marketing and public relations. I enjoy meeting people and interacting with them. I am confident of being able to achieve company/corporate or industrial objectives, confident of getting a job done well no matter what the odds are. I understand the importance of reliability, confidence building and delivery on schedule. “

” Hence in 1983, I started my own professional conference organization office, CONFER and started to handle international and national conferences either entirely on a turnkey basis or in part as required by the conference organizers. We assisted in bids, secretariat management, event management, temporary personnel, hotel and travel bookings, designing and printing of all conference materials, registration and documentation, dinners and receptions, negotiations and liason with different parties. “

We are the India Agents for Coaltrans as well as Capacity Media, a subsidiary of Euromoney PLC, United Kingdom. We’ve been organizing their important coal, power, steel, renewable energy, LNG and telecom related annual conferences since 2000 in different metro cities in India.

CONFER organized the prestigious XVI International Cancer Congress, held in New Delhi in 1994, at six different venues, by the Tata Memorial Centre, Mumbai. We have also run the entire secretariat for many conferences including the Norwegian NICER Radiology Courses, a global program from 1991-1998, the International Congress on Oral Cancer from 1989-1995, the 5th World Conference of Injury Prevention and Control in 2000, Coaltrans India from 2000-2018, TRIPP Traffic Safety Course, IIT Delhi from 2000-2018, the 8th Annual Conference of the Pediatric Orthopedic Society of India in 2002, the Renewable Energy Finance Forum (REFF) in 2006-2011 and many others, on a turnkey basis.

CONFER assists you with the decor as well as the coordination of all the logistics for the wedding. We are on the panel of The Imperial Hotel, New Delhi. We have planned and organized over 100 weddings at different venues. At CONFER, we are passionate about what we do, and help translate each wedding into something truly unique and unforgettable.